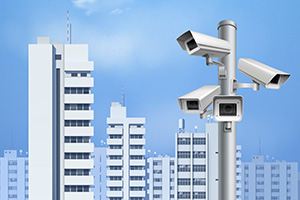 2016 and 2017 were significant years in the history of artificial intelligence, due to the emergence of disruptive deep learning approaches, such as those employed by Google’s Alpha AI engine. The evolution of deep neural networks can be directly exploited in video surveillance systems to endow them with exceptional intelligence and enable more efficient surveillance processes. For example, AI can enable predictive analytics, which allows security operators to proactively anticipate and prepare for security incidents.

DRONES AND INTERNET OF OBJECTS (IOT)

Blending IoT devices and smart objects with CCTV systems will also be a key to delivering the next generation of security and surveillance features. In this direction, unmanned aerial vehicles (UAVs) (i.e. drones) are being deployed today in order to provide versatility and CCTV functionality hardly possible on the basis of conventional fixed cameras.

The ongoing digital transformation of industrial assets and processes is gradually leading to a convergence of physical security and cybersecurity measures. Intelligent Video Surveillance System play a key role in this convergence as they represent IT infrastructures that can be used to monitor physical areas. Therefore, they can be flexibly integrated with other cybersecurity systems towards a holistic and integrated approach to security and surveillance. 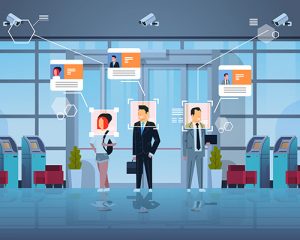 The technologies listed above are opening up new horizons in the development, deployment and operation of intelligent video surveillance systems. But it is up to developers and developers of video surveillance to integrate and take full advantage of the functionality of these technologies. To this end, it is important to design and implement an appropriate architecture for your video surveillance infrastructure. Modern Video Surveillance Management architectures follow the on-board / fog computing paradigm, to process video information closer to the field. This allows them to save on bandwidth and perform real-time security monitoring. The cameras are deployed at the edge of the network as part of edge nodes capable of capturing and processing video images. Edge nodes are also able to implement data collection information, adjusting frame rates according to the identified security context. In addition, they are connected to a cloud infrastructure, where information from multiple cameras is connected, examined and analyzed at coarser timescales.

Edge / fog computing architectures are also the ideal choices to support the blending of Video Analytics Service with the technologies presented. IoT drones need to be integrated with the appropriate edge nodes as part of a mobile edge computing architecture. Real-time streaming analytics should be done at the edge, rather than in the cloud of the video surveillance deployment. Deep learning capabilities can be deployed both at the edge and in the cloud layer. Deep neural networks at the edge can support the extraction of complex security models in real time. At the same time, extracting security and knowledge models over large areas covered by many edge nodes (e.g. city-wide deployments) is only possible through the deployment of the deep learning in the cloud. In general, it is quite difficult to decide whether certain features should be placed in the cloud or at the edge. Relevant decisions are usually associated with resolving trade-offs (eg, processing speed versus processing accuracy for certain monitoring functions). 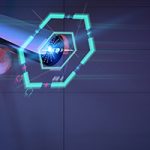 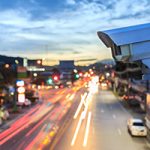